What does the Chancellor do?

As Chancellor of the Canton of Zurich, I am the administrative head of the Chancellery. I was elected by the Government Council and report to its president. 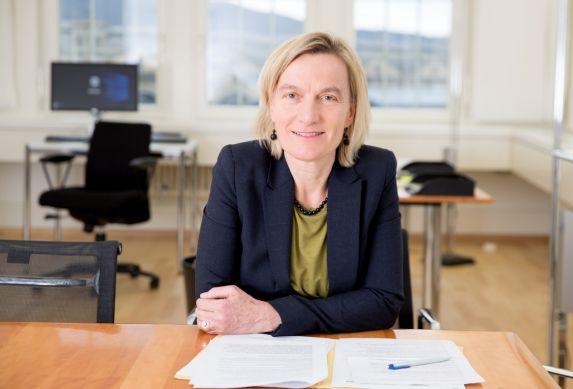 Graduation from the University of Zurich with a degree in law

Assistant at the Faculty of Law of the University of Zurich

Doctorate in law at the University of Zurich

Head of the Office for Equality of the Canton of Zurich

On the 25th of April 2018, the Government Council devised the strategy «Digital Administration 2018–2023». The strategy presents the way in which the administration intends to help shape digital developments and seize the opportunities that come with digitisation. As chancellor, I am in charge of the implementation of the strategy and its incentive programme.

The people are at the heart of our «Digital Administration 2018–2023» strategy. In order to reach the people of the Canton of Zurich even better in the future, we are rethinking our cantonal administrative processes for our population and businesses.

For the series «Digitization and Us», I have visited a large variety of employees to talk about the challenges and opportunities – but also the potential risks – of digitisation in their lines of work and everyday tasks and duties. Take a look:

The Government Council is the highest administrative and executive authority of the canton. It upholds the constitution and enforces the laws, decrees and decisions of the Cantonal Parliament.